Skip to content
Previous Next
What is fault level?

What is fault level?

Fault level is also referred to as fault current. It is the extra flow of electrical energy on a network during a short circuit or fault. We explain more below.

Understanding electricity can be difficult, because you can’t see it. There’s the odd spark or hum, but we can’t see the electrons flow through the wires. You can see what the electricity does, like turn motors or power lights, but not how it does it.

Fault level is no exception and is a complicated topic all about short circuits, fault current and generators, but before we get into that, we’ll paint a picture that everyone can visualise.

Imagine a reservoir full of water that is held back by a dam. The main source of the lake is a large river flowing in from the mountains. See figure 1. Water is taken out of the reservoir to supply the nearby houses, so that the water level stays about the same. But if the dam were to burst, a large flow of water would cascade down the valley, causing damage. 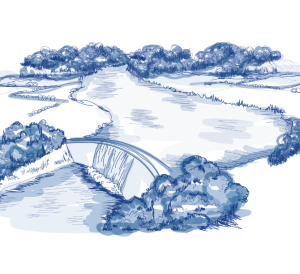 Figure 1. One river inlet into a lake with a dam.

Imagine now that some smaller streams are diverted into the reservoir. See figure 2. The same amount of water is going to be taken out to supply the houses, so over time the level of the water in the reservoir will get higher. If the dam were to burst with this higher level of water behind it, there would be a larger and more powerful flow of water down through the valley, which would be even more destructive. 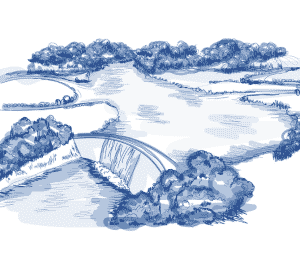 Figure 2. Multiple river inlets into a lake with a dam.

This picture will hopefully help us to understand electrical fault level. Electrical generators are like the rivers or streams feeding into the reservoir. Every electrical generator has an energy source, whether it’s coal, gas, wind, the sun, or something else. That prime source of energy is converted into electrical energy, for example by burning coal to create steam, which spins a turbine, which in turn spins an electrical generator and produces electricity. These generators are very powerful, but the flow of electricity out from the generators is held in check by the resistance of the network, just like the water is held in check by the dam. The resistance of the network comes from the circuits and from customers’ electrical equipment (kettles, washing machines, etc).

Sometimes short circuits can occur (which are often called faults), like tree branches falling across an overhead line, or like an excavator digging through an underground cable. When this happens, the resistance of the network is bypassed, and the powerful generators have nothing to push against. This means that the generators push out a lot more electricity than they normally do, which can be dangerous for the system. It’s like the dam bursting and water cascading through the valley.

This extra flow of electrical energy during a short circuit is called fault current. The amount of fault current is often referred to as the fault level.

Read the follow-on article to understand what fault level headroom is.

Roadnight Taylor can help you by undertaking assessments of the fault level impact of new generation schemes, as part of a wider set of assessments within our feasibility studies. To find out more call us on 01993 830571 or send us a message via our contact form.

The problem with tertiary connections

The differences between transmission and distribution connections

P28, the engineering recommendation limiting the deployment of battery storage