This article first appeared in Farmers Guardian printed issue on 20 November 2020 as part of their wider renewable energy special feature.

We spoke to Hugh Taylor of independent power and energy consultancy Roadnight Taylor about the opportunities for renewable developments which are available to landowners and how to maximise the chances of achieving viable, operational solar farm, wind farm and battery storage schemes.

When considering energy schemes, landowners have one of four options:

The main technology options and returns

The developer community is now predominately focussing on large-scale solar. Depending on their site, landowners can expect ground rents of over £850 per acre for solar leases of 30 to 50 years. Most proposed solar sites are in the 40 to 180-acre range. Opportunities for most landowners will be for smaller, 33kV-connected sites of 40-100 acres.

The markets and associated revenues for battery storage are recovering, albeit gradually, after an oversupply of sites, and corresponding cooling of appetites, in 2017. Good battery storage sites can attract ground rents of more than £100,000 per year. A typical battery storage scheme is up to two acres comprising multiple, 40-foot shipping style containers.

The greatest appetite is for solar-plus-storage sites – which require grid import capacity as well as export capacity – and from a landowners perspective, ground rents reflect the aggregate of both the solar land-take and the megawatts of storage that can be deployed. For example, a very good 50MW solar-plus-storage site may attract £1,000 per acre for solar land (some 180 acres), as well as some £2,000 per megawatt of storage – up to circa £280,000 per annum rent, in aggregate.

Any opportunity for any technology starts with the local electrical network. Proximity to the local Distribution Network Operators (DNO) assets is important. The best sites are close to a 132,000 volt (132kV) circuit, 33,000 volt (33kV) circuit or have a primary substation (typically 33/11kV) bulk supply point (typically 33/132kV) or grid supply point (typically 400/132kV) nearby. However, smaller schemes, typically up to 8MW, are better connected at 11kV and ideally, but not crucially, will be under one kilometre from a primary substation.

There are many ‘non-grid’ factors to consider, not least access, wayleaves/easements, and planning considerations such as existing use, proximity to dwellings, visibility, noise, landscape/habitat designations and flood risk.

How to get a scheme

With potential for lucrative returns, many developers are currently approaching landowners, usually by speculative letter. If targeted by a developer in this way, Mr Taylor says landowners should sign nothing.

Signing a letter of authority authorising a developer to apply for a grid connection is the most common pitfall that reduces a landowner’s chances of getting a scheme at all.

On signing this innocuous document, the site will be tied to a developer who, for various reasons, is more likely than not to fail. With the technical, commercial and regulatory complexity around grid connections having now risen to extreme levels, just a fraction of developers’ grid applications are successful. Most fail – and landowners’ opportunities with them. Other schemes may never get off the ground through developers favouring another local site, waning appetite or lack of finance.

Instead, the grid application should be managed independently of a developer, and by genuine grid specialists. Any viable grid offer, which is the key to a scheme, can then be used by the landowner to attract competing bids from the best developers. This will also put the landowner’s representatives in the best position to negotiate optimal terms.

The best approach is to seek a low-cost, independent and expert assessment of the site and its grid prospects first. Landowners can then establish if their site has a genuine opportunity for a scheme before committing to grid application, planning and legal costs.

DNOs issue spare grid capacity on a strictly first-come first-served basis, regardless of technology. If there is capacity on the local part of the network, it will likely only be enough for one scheme. Landowners must, therefore, act fast to get ahead of their neighbours. Independently and proactively identifying and securing any cost-viable grid capacity – a deeply specialist area of expertise – is the best start a landowner can make.

Thereafter, by safeguarding the grid connection rights, marketing the site safely amongst the most appropriate developers – and choosing an appropriately experienced legal team – landowners and their land agents will remain in control of negotiations, and be well placed to secure the best option and lease terms.

To determine if you have an opportunity from an energy scheme, please call us now on 01993 830571 or send us a message via our contact form. 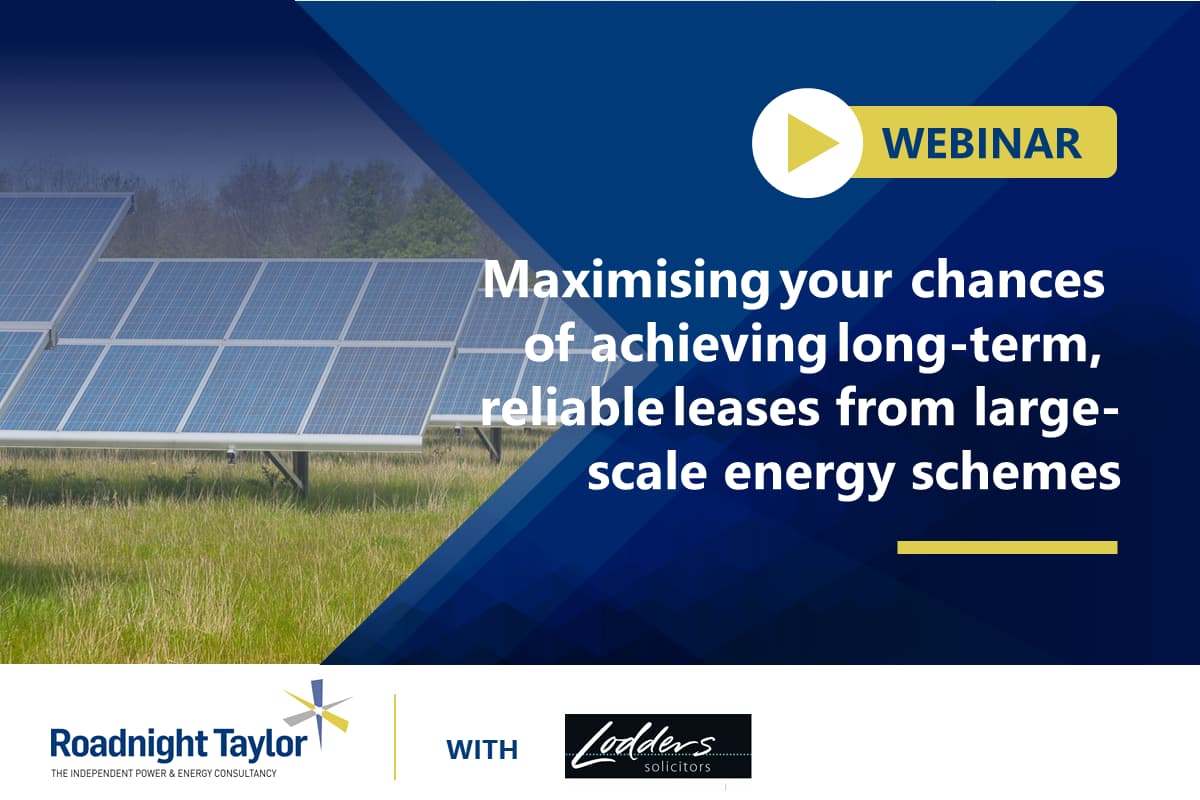